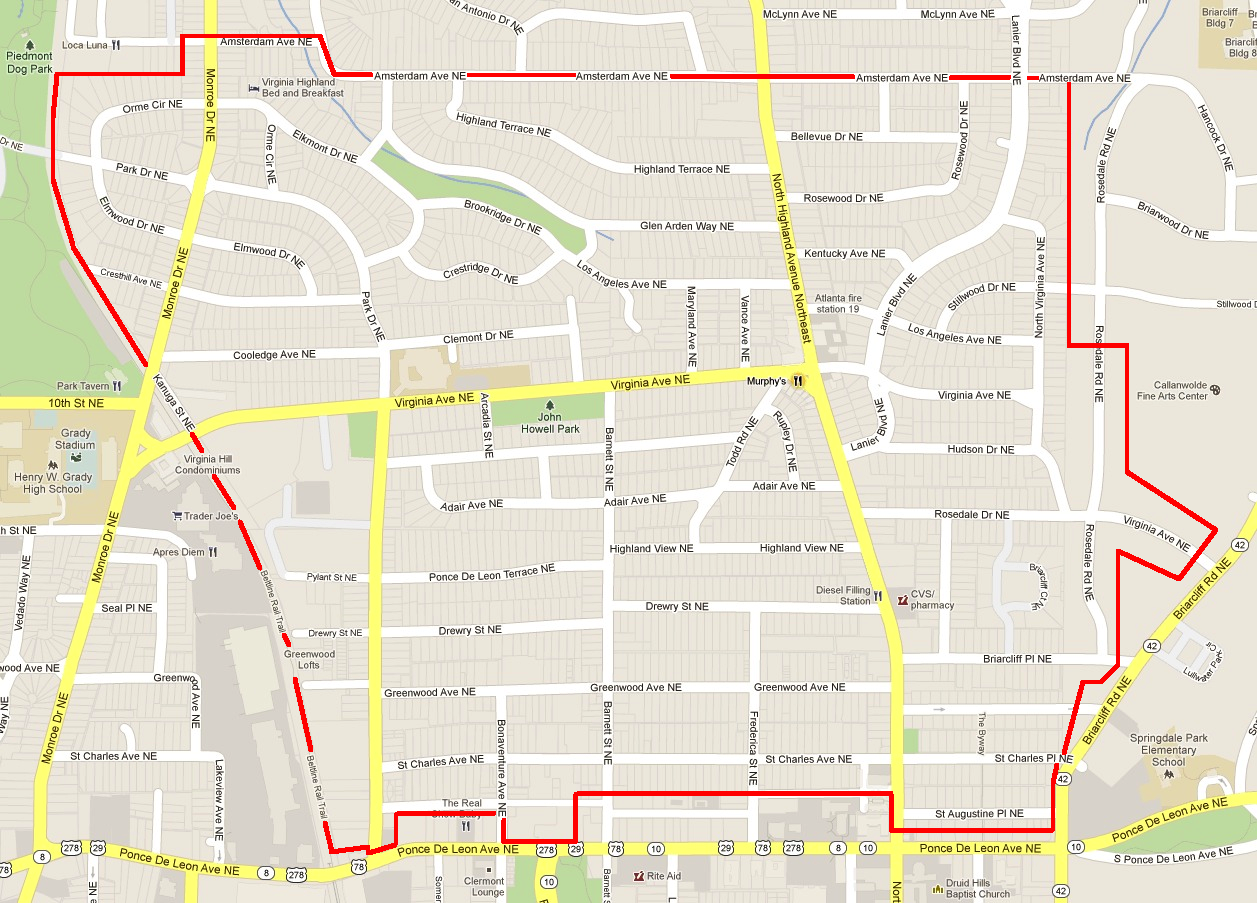 The map above shows the coverage area for FBAC. (Click to enlarge)


As of October 2012, the zones (north and south) largely don't matter anymore to members. They are used internally by the patrol officers — any given patrol shift will concentrate on one zone or the other, but again, this will not matter to members. If a member calls from anywhere in Virginia-Highland and there is an officer patrolling the north or south zone at that time, then the officer will respond to that member.