City officials are available at both of the following meetings to inform residents about public safety issues and to answer questions.

We often talk about the need to engage the youth of our city so that they don’t turn to gangs and crime. The Atlanta Police Athletic League is a proven program that is working toward that goal. The Atlanta Police Athletic League is a non-profit public benefit corporation with the mission to provide a safe environment for young people to improve their confidence, self-esteem, civic engagement, and academic achievement through athletics and other programs.

PAL is a cooperative effort of dedicated Atlanta police officers, a Board of Directors and Atlanta's businesses and citizens. The program is funded by both public and private contributions and all funds raised for PAL support activities for youth who participate in the program.

PAL has been proven to get results.  There is a direct link between youth crime prevention and the PAL Program. Less privileged youth learn that they have the mental and physical resources to overcome any obstacles to achieve success. They also gain the reward of feeling that they are an important and valuable part of their community and city.

The Atlanta Police Athletic League is currently asking for volunteers to help coach youth basketball for the 2016 Department of Parks and Recreation basketball season. For more information, please contact Officer Fantauzzi at hfantauzzi@Atlantaga.gov or Officer Lawrence at SELawrence@Atlantaga.gov.

If you “can’t jump” but would like to support the program, the primary fundraiser for PAL is the Guns-n-Hoses boxing match between Atlanta Police Department and Atlanta Fire Rescue to be held December 11, 2015 at the Tabernacle. To purchase tickets or for more information http://www.atlantapal.com/. Tickets are only $25.

If you have concerns about parking enforcement, please read the following information from Alex Wan’s District 6 Newsletter.

The Transportation Committee of the Atlanta City Council will hold a series of town hall meetings regarding the Parking Management Contract that is currently held by PARKatlanta. These meetings are part of Council’s evaluation of whether our policy position will be to 1) renew/extend the current contract; 2) cancel the contract and rebid; 3) cancel the contract and bring parking enforcement back in house; or 4) some combination of these options.

Citizens are encouraged to submit their questions and concerns thoroughout the entire process (until one week after the third and final public meeting).  Please submit your input:

The Atlanta Police Department, Zone 6 is collecting toys for children. Please donate a new unwrapped toy between now and December 14th. John Wolfinger has generously volunteered to collect toys and deliver them to the zone headquarters. John is located at 1054 Vance Avenue and you can leave gifts on his screen porch. No need to call ahead. He has already delivered two car loads full of toys, but more are needed. All gifts will be distributed at a party on December 17th.

The following information is taken from our APD Zone 6 report (http://atlantapd.org/Zone6.aspx).
It includes information from the Virginia-Highland Beat 601 reported incidents along with relevant reports from other nearby beats. Keep in mind that not all incidents are reported. A map showing the location of beats 601 – 612 within Zone 6 can be found at this link http://boundaries.atlantapd.org/Map-Zone6-Beats.aspx. This information is not shared to scare anyone, but to let you know what happens around us every day so you can be alert and aware.

Homicide None reported for Beat 601 and none for Zone Six.

Rape None reported for Beat 601 and none for Zone Six.

Pedestrian/Carjacking Robbery One reported for Beat 601 and eleven for Zone Six.
On October 25, 2015 in the evening the victims were walking toward the intersection of Greenwood and Barnett St. when they observed two black males standing there. One victim ran and was chased but got away from the first suspect. The other victim was threatened with a gun and surrendered $20 to the second suspect.

Residential Robbery None reported for Beat 601 and none for Zone Six.

Commercial Robbery None reported for Beat 601 and two for Zone Six.

Aggravated Assault One reported for Beat 601 and ten for Zone Six.
On October 28, 2015 at an apartment on Ponce de Leon Ave the victim knocked on the door of an acquaintance and was attacked by the resident with a knife. The resident, Erin McKeithen, was arrested and charged with aggravated assault.

Residential Burglary Three for Beat 601 and twenty-eight for Zone Six.
On October 28th during the daytime an apartment on Virginia Avenue was entered via a kicked in door and two Apple iPads and a Sony PlayStation were taken.

On October 29th a home on Lanier was entered via a smashed rear window. Silverware and credit cards were stolen. 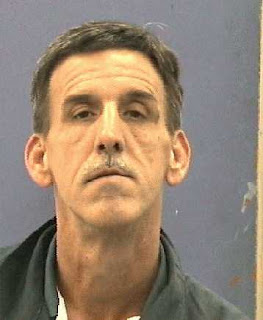 On October 31st during the evening a homeowner on N. Highland Avenue observed a white man on her front screened porch take a blanket and fill it with nearly two cases of beer that had been set out for a party. Police were called and the man was arrested on a neighbor’s porch. The arrestee is a well-known homeless person in Virginia Highland and Midtown. Danny Entrekin is a repeat offender having served ten years in state prison for voluntary manslaughter, as well as two previous imprisonments of less than one year each. He also has many drug arrests. This case has been identified for CourtWatch and Entrekin has been recidivised. He was indicted on November 10th and will have a preliminary hearing in Fulton County Superior Court on Monday November 16, 2015.

Commercial Burglary One for Beat 601 and two for Zone Six.
On October 21st the Chico’s store on N. Highland Avenue was entered via a broken rear glass door. Assorted clothing was stolen. Note that we have reports from November 8th of a break-in at the Threadz store on St. Charles with clothing being stolen, and on November 12th the front window of Rosemont was broken and clothes were stolen. While not definitely connected, it is possible that we have a crew working shops with high end merchandise in the neighborhood. Fingerprints were found in the Chico case and there is video for the other break-ins, so we hope that these thefts will be solved.

Larceny From Vehicle Eight from Beat 601 and ninety-four for Zone Six.
On October 18th while a taxicab driver was waiting outside his vehicle for his customer another vehicle approached. A black male exited the vehicle and approached with a gun. The victim ran and shouted for help while the suspect took the victim’s wallet with cash and driver’s license. A resident on Todd Road heard the victim yelling and called police. Though this is classified as a larceny from vehicle, the driver’s proximity to the vehicle might have also caused this to be listed as a pedestrian robbery.
Vehicles were also entered on Greenwood, Los Angeles, Park Drive, Ponce de Leon, and Virginia Ave. A backpack, briefcase, cash & checkbook, MP3 player, a cell phone, license plates from two different vehicles, and another hand gun were taken. Vehicles were entered via broken windows, and unlocked doors. Please check your vehicle regularly to ensure that the license plate is still in place, and PLEASE do not leave handguns unsecured in a vehicle. Leaving a gun locked inside a glove box, or hidden in the console is no deterrent to having the gun stolen and used in other crimes.

Other Larcenies Four reported in Beat 601 and forty-one from Zone Six.
On October 23rd the suspect entered Sugar Coat on St. Charles and stole an envelope containing a check and cash totaling $500. Unfortunately the video system was not turned on.
On October 24th a purse was left on the back of a chair at Moe’s and Joe’s while the victim stepped outside to smoke. The suspect stole the bag including wallet, credit cards, and ID. Though there were no witnesses or video, the suspect used the card at the Chevron and Buddy’s. Video from these sources is being looked at.
And here is a strange one. Atlanta InTown Realtor reported that air conditioning units were stolen in November of 2014 from 1001 St. Charles Ave. Some will remember that this property was the former B&B that has been in foreclosure for some time, and the subject of code enforcement violations due to homeless people taking up residents on porches. Perhaps if the bank that foreclosed this property had been more contentious, it might not have taken them a year to find that the air conditioning units were missing.

Auto Theft None from Beat 601 and twenty-three from Zone Six.